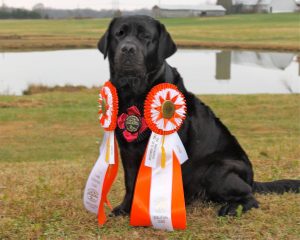 Weekend success in Brandywine, MD...Marjie passed her 3rd Junior Hunt Test with flying colors! What an awesome retriever ~ screamin' off the line "Birdie" but oh so beautiful - with lots of style I am so blessed and thankful !!!...
Read more
0

One Wild Weekend Filled with Tremendous Blessings for GoldenMoon Labradors 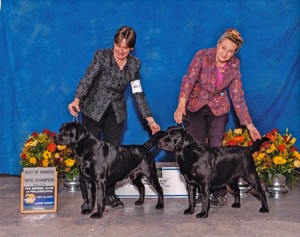 It was The National Dog Show in Philadelphia Nov. 15-18, 2012, prestigious - yes, that’s the one on TV on Thanksgiving (how appropriate) after the Macy’s Day Parade. Marjie & Harry were entered with Kitty Burke of Kindred Spirits Handling struttin’ the stuff! On Thursday Harry was in the 12-18mos and Marjie in Open – both 1st...
Read more
0 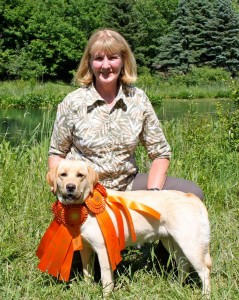 GoldenMoon Labradors is proud to announce that our youngest member "Beatrice" (at 13 months old) earned her Junior Hunt Title on June 9, 2012. Quite an accomplishment for any dog but tremendous for a puppy! With diligence, persistence and creativity she performed happily with agility through 4 challenging tests on land and
0